Aphasia: What Is Bruce Willis’ Disease? 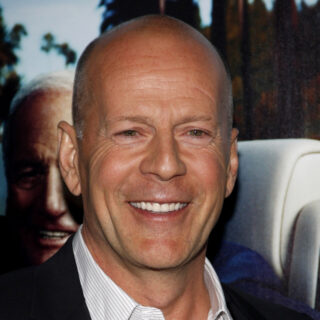 The longer you live and consume healthcare, the more you will hear about diseases and illnesses you that you never heard of before. When a big-time popular celebrity like Bruce Willis announces that he has a disease we never heard of, it piques our interest to know more about it.

By definition, aphasia is the loss of the ability to understand and express speech, usually caused by some type of brain damage, or disease.

Many people have never even heard of this disease so they are asking questions. How did this happen? What does it mean? How bad is it?

Most likely there is brain damage on the left side of the brain where the language-dominant center is located. This can be caused by injury, stroke, dementia, or an infection. How this affects people varies from case to case, depending on the exact area of the brain affected.

There are three types of aphasia, which affect different abilities to express and understand speech. In some cases people truncate sentences and eliminate words so their speech is difficult to understand. In other cases, people speak in long rambling sentences that are difficult to understand. They also have difficulty processing what other people are saying. And, in some cases the damage to the brain can affect motor skills.

Global aphasia can have a severe impact on one’s ability to communicate. We have all probably known people with dementia who have problems speaking and understanding. When the dementia progresses, they can hardly speak, if at all.

Depending on what the root cause of the aphasia is, people can recover to be almost normal. One example might be a mild stroke that causes speech and understanding problems, which in time can improve as the brain adjusts to what damage was caused. This could also be true of a brain injury. After the brain heals most of the ability to understand and use speech can return, but almost always, there is still some residual impact on one’s ability.

If the cause is neurodegenerative where brain cells continue to die off, the problem progressively gets worse.

Treatments for most people include therapy, and utilizing other forms of communication, like computers and cell phones.

When someone has a brain problem or disease, it has a more profound effect on people because we all know the brain is critical to functioning and survival. It’s sad to hear about Mr. Willis’ aphasia since he is a very popular and well-known figure. As we learn more, we can better understand what the future may hold.

It is estimated that a million people in the US suffer from aphasia. It is important to get help when symptoms appear so the best outcome can be achieved.