Monkeypox in the U.S., Western Hemisphere 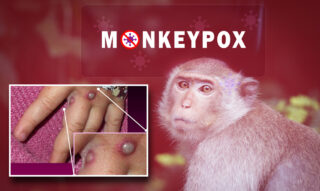 The US and other western countries are monitoring new cases of monkeypox, which is a virus not commonly found in the west. Monkeypox is a viral zoonosis (a virus transmitted to humans from animals) with symptoms very similar to those seen in the past in smallpox patients, although it is clinically less severe. It is caused by the monkeypox virus which belongs to the orthopoxvirus genus of the Poxviridae family.

Over the past 20 years there have been cases showing up in the US and Canada that trace back to animals from Nigeria, Ghana and other African countries.

There have been outbreaks in the past as well. Tracing the virus to its origin allows officials to contain the virus and prevent the spread. It does not transmit well between humans but there are cases where prolonged contact can transmit the disease.

Generally the disease is not that severe if proper medical care and hygiene is achieved. Symptoms usually don’t appear until a few weeks after infection. Skin lesions and flu-like symptoms are the most common indicators you may have monkeypox. The CDC and WHO are cautioning people to observe flu symptoms associated with an unusual skin rash or pustules that may look like blisters.

The CDC and health departments of Massachusetts and Maryland are coordinating efforts to identify cases and restrict or stop the spread of monkeypox. These states have seen very small numbers of cases but raises concerns.

As usual in most healthcare, it’s important to catch these things early before they get out of hand, like COVID did in 2020.

Study of reports indicate that the cases trace back to animals in Nigeria and other African countries. People traveling from those places should be particularly aware of the risks and potential outbreak of the monkeypox virus.