Your Guide To Doctors, Health Information, and Better Health!
Advanced Search
The following article was published in Your Health Magazine. Our mission is to empower people to live healthier.
By Rochelle Thompson, PsyD 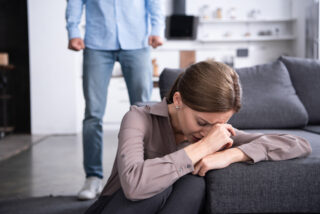 Emotional abuse involves attempts to frighten, control, or isolate you. This type of abuse doesn’t involve physical violence, but it can have the same effects on a person as if they were. Emotional abuse is characterized by a person’s words, actions, and the consistency of these behaviors. Abuse may start gradually, but it happens again and again. People of any age or gender can be abusers and experience it. It also does not have to be in the context of romantic relationships. The person abusing you could be your spouse or romantic partner – but they might also be your business partner, parent, caretaker, or even your adult child.

Regardless, you don’t deserve the abuse, and it’s not your fault.

Lack of empathy, or the ability to feel how another person is feeling, is one of the hallmark characteristics of a narcissist. Emotional abusers are often unable to apologize and understand the feelings and perspectives of others. They lack the skill to make you feel seen, validated, understood, or accepted because they don’t grasp the concept of feelings.

They Pick On You Constantly

Maybe, at first, it felt like light teasing, but then it became mean and constant. Suddenly, everything you do, from what you wear and eat to whom you hang out with and what you watch on TV, is an issue for them, and they can nitpick or infatuate on it. Their goal is not to love, but to lower others’ self-esteem so that they can increase their own because it makes them feel powerful.

Gaslighting is a form of manipulation and emotional abuse, and it’s a hallmark of narcissism. People who are emotional abusers may tell blatant lies, falsely accuse others, spin the truth, and ultimately distort your reality – especially in response to perceived challenges of authority or fear of abandonment.

At the end of the day, emotional abuse can cause so much mental and emotional harm, which can lead to physical effects. Abuse is never your fault, and you don’t have to live with it. We want you to reach out to a therapist, and or local organizations if you want to create a plan to leave. You deserve support and love too, and it won’t be with someone who emotionally abuses you.