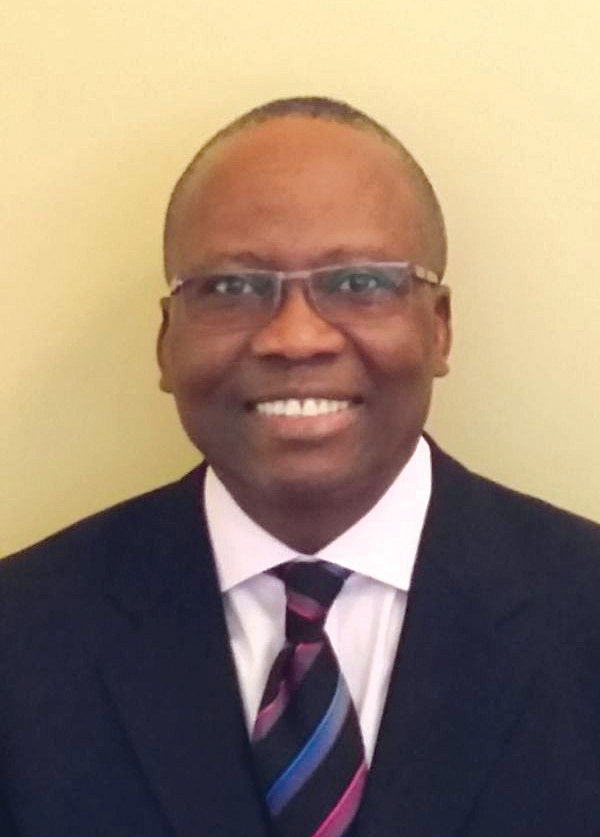 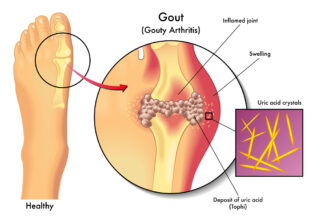 Gout is a kind of arthritis that occurs when uric acid builds up in blood and causes joint inflammation. An estimated 5.1 million people in the United States live with gout.

Gout is the most common form of inflammatory arthritis that affects approximately three times as many men as women. The number of newly diagnosed cases has increased over the past 40 years.

Gout is caused by having higher-than-normal levels of uric acid in your body. This may occur if:

If too much uric acid builds up in the fluid around the joints (synovial fluid/connective tissue), uric acid crystals form. These crystals are mainly formed as a result of a break down of purines found in the human tissue and many foods that we eat. These crystals cause the joint to swell up and become inflamed.

The exact cause is unknown. Gout may run in families. It is more common in men, in women after menopause, and those who drink alcohol. People who take certain medicines, such as hydrochlorothiazide and other water pills, may have higher levels of uric acid in the blood.

Most uric acid is carried through the bloodstream to the kidneys, which eliminate it from the body in the urine.

The condition may also develop in people with diabetes, kidney disease, obesity, sickle cell anemia and other anemias, leukemia and other blood cancers.

The attack may go away in a few days, but may return from time to time. Additional attacks often last longer. After a first gouty attack, people will have no symptoms. Half of patients have another attack.

Some people may develop chronic gout. Those with chronic arthritis develop joint damage and loss of motion in the joints. They will have joint pain and other symptoms most of the time.