Your Guide To Doctors, Health Information, and Better Health!
Advanced Search
The following article was published in Your Health Magazine. Our mission is to empower people to live healthier.
By Alan S. Weiss, MD

A New Foundation For the New Year 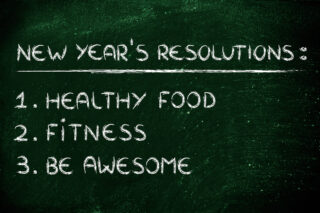 As we head towards the end of another difficult year and into the holiday season, there is an opportunity to recalibrate, reverse a trajectory and set new goals and create new habits. Despite the best of intentions, it seems that the pull of our habits often outweighs our commitment to create a foundation of well-being.

So what can you do to accomplish two of the most common health desires, which are to lose weight and just feel better? First thing is to choose moving in the direction of health.

One of the most powerful avenues available to accomplish both is to go through a detoxification process, a cleansing from the inside out. The western medical model does not deal much with detoxification though almost all other paradigms of health do regard detoxification as important, even critical.

So What Does This Mean From a Western Medical Standpoint?

The human body has a remarkable capacity to produce hormones and other compounds as well as to interact with the environment. Every compound created by the body and what is allowed into the body by the skin, respiratory tract and the gastrointestinal tract must be dealt with so that the body does not get poisoned by the waste products that are generated by our metabolism.

The world we live in presents us with an ever-increasing burden of poisons, toxins, chemicals, and compounds that the human body has never had to deal with before. The rise in certain cancers and other conditions certainly is a function of poisons and toxins in the environment. Overtime, people become toxic, sometimes in a subtle way, sometimes not so subtle.

Some of the signs and symptoms of being burdened by toxins include fatigue, fogginess, moodiness, lethargy, headaches, difficulty losing weight, achiness, persistent allergic symptoms, and skin rashes. People often experience being newly sensitive to substances like caffeine and alcohol as well as medications and supplements.

The typical 2-4 week detoxification process begins with looking at each person’s current state of health. We must look at the diet and whatever else our bodies are routinely exposed to that may be harmful. Starvation is not necessary for detoxification. It does not have to be uncomfortable (though you may experience your body going through some changes).

Doing this process once or twice a year under medical supervision can make an enormous difference in a person’s sense of well-being and longevity. People report an increase in energy well being and lose nagging aches and pains, headaches, and extra pounds.

A detox program is one of the best things you can do for yourself.