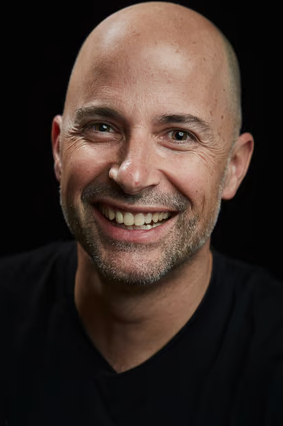 Psychedelics- an alternative to antidepressants?
By Matt Zemon, MSc
. https://www.mattzemon.com/

Psychedelics- an alternative to antidepressants?

Psychedelic drugs like psilocybin (the active ingredient in magic mushrooms) and ketamine have been found to be just as effective—or in some cases, even more effective—at treating depression and anxiety as commonly prescribed antidepressants.

But why are non-recreational drug users suddenly turning to psychedelic drugs as treatment for anxiety and depression? Well, it turns out that these psychoactive substances have not just shown to be effective, they are doing so without the adverse side effects that plague many users of the existing prescription medications.

Ketamine, the only legal psychedelic in the United States, is regularly prescribed off-label for patients with anxiety and depression. In a recent study of over 1,200 at-home ketamine patients, 87% reported a decrease in depression, and 85% reported a reduction in anxiety.

Psilocybin, only legally available through clinical trials, is also showing positive results. Studies conducted by Johns Hopkins Medicine researchers showed psilocybin relieved the symptoms of major depressive disorder in adults for up to a month. Follow-up studies indicate that psilocybin, along with supportive psychotherapy, may relieve depressive symptoms for a year or more in some patients.

Over 40% of adults in the United States suffer from symptoms of depression or anxiety. For the last five decades, the most common treatment has been antidepressants like Prozac, Paxil, Zoloft, and Lexapro. These medications belong to a class of drugs called selective serotonin reuptake inhibitors (SSRIs).

What’s Working and What Isn’t

When they work, they work. Antidepressant medication is an effective solution for many people who suffer from depression and anxiety, especially when combined with talk therapy and lifestyle changes.

But antidepressants aren’t effective for everyone. In fact, previous studies have shown that almost half of adults with depression show no improvements after taking antidepressant medications.

Antidepressants affect everyone differently, and certain medications are more tolerable than others. Still, most patients experience at least some adverse effects, including headaches, gastrointestinal issues, sexual dysfunction, insomnia, weight gain, and night sweats.

Of additional concern is the decrease in long-term effectiveness over time, as well as the withdrawal side effects for those who need (or choose) to stop taking them.

Researchers believe that psychedelic drug therapy may be able to help people suffering from depression and anxiety who either are not willing to accept the side effects of antidepressants or who don’t respond to traditional therapies.

Psychedelics, also known as hallucinogens, are psychoactive drugs that produce profound changes in perception, mood, cognition, and behavior. In a medical setting, they are often used with talk therapy to treat depression, anxiety, substance use, post-traumatic stress disorder (PTSD), and other mental health conditions.

Over the last 20 years, there has been an increase in research on psychedelics for mental health. Today there are over 309 academic institutions either studying psychedelics or with psychedelic centers.

Ketamine for Anxiety and Depression

Ketamine was originally developed as an anesthetic drug and, in 1974, started to be used for mental health purposes. Ketamine is typically administered intravenously, intramuscularly, orally, or via a nasal spray. Unlike antidepressants which stimulate serotonin in the brain, ketamine triggers glutamate production, prompting the brain to form new neural connections and helping patients develop more positive thoughts. This ability for the brain to form new connections is referred to as neuroplasticity. Ketamine helps to fuel this neuroplasticity and maintain healthy circuits in the brain. Following a ketamine therapy session, patients often work alongside a psychotherapist or guide to connect and discuss their experiences.

Unlike traditional antidepressants that take weeks or months to build up and start working, ketamine is a fast treatment option. In fact, multiple Yale Medical studies demonstrated that a majority of patients notice immediate relief from anxiety and depression immediately after ketamine treatment, with many still feeling the effects one month after treatment. Ketamine therapy also has little-to-no side effects compared to traditional antidepressant medications.

An estimated 400 ketamine clinics in America are working in mental health as well as virtual companies like HAPPŸŸ, Nue.Life, and Mindbloom that online ketamine-assisted therapy, making ketamine more accessible to patients by reducing costs and increasing access. These virtual programs combine the power of clinician-prescribed ketamine with personal support to help achieve breakthrough results for those suffering.

Psilocybin-Assisted Therapy for Depression and Anxiety

How does psilocybin-assisted therapy work?

Psilocybin stimulates levels of serotonin in the brain, which is responsible for helping to regulate mood and feelings of well-being and happiness. Since psilocybin supports nerve growth in our brains, it allows new neural pathways to form and, along with talk therapy, can rewire thought patterns.

During a psilocybin journey, the medicine produces changes in consciousness, including visual and auditory hallucinations. Many people describe taking psilocybin as a mystical experience that helps them feel more open and connected to their inner self and the environment around them. When combined with talk therapy, patients often feel more open to exploring past traumas.

As an alternative to larger-dose psychedelic therapy sessions, many people have turned to microdosing as a way to reduce depressive episodes and as a treatment for anxiety.

Microdosing refers to taking small doses of a psychedelic drug every few days or weeks with the goal of experiencing the positive effects of the drugs without the psychedelic effects that come with larger doses. Some studies suggest that microdosing can help reduce the intensity of depression and anxiety symptoms.

While there is certainly more research to be done, ketamine is an option today, and other psychedelic medicines are on the horizon. For the millions of people across the world who suffer from anxiety and depression, this is a revolutionary and exciting breakthrough in psychiatric medicine.