Your Guide To Doctors, Health Information, and Better Health!
Advanced Search
The following article was published in Your Health Magazine. Our mission is to empower people to live healthier.
By Yemi Adesanya-Famuyiwa, MD

Metformin Use In PCOS 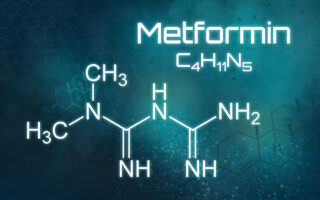 Polycystic ovary syndrome (PCOS) is a common disorder caused by hormonal imbalance among women of reproductive age. Women with PCOS may have infrequent or prolonged menstrual periods or excess male hormone (androgen) levels.

Patients with PCOS may experience irregular menstrual periods, heavy periods, excess hair, acne, pelvic pain, and difficulty getting pregnant. It is often associated with the inability to ovulate, insulin resistance, and neuroendocrine disruption. Mantzoros et al. describes insulin resistance as ‘‘a state (of a cell, tissue, or organism) in which a greater than normal amount of insulin is required to elicit a quantitatively normal response’’ and maintain glucose levels within the normal range. Individuals with insulin resistance may be overtly diabetic or merely have insulin resistance detected by testing.

Metformin has self-limited side effects that abate with continued use. The side-effects such as abdominal discomfort, nausea, and diarrhea may cause some weight loss.

It is used as an adjunct in the treatment of PCOS. The use of metformin alone is not associated with increases in pregnancy rates or live birth rates.

Pretreatment with metformin for at least three months followed by the addition of another ovulation-inducing drug such as Clomid or Letrozole, increases live-birth rates. For PCOS, Letrozole is the first line agent for ovulation induction in PCO patients. Metformin used while attempting pregnancy and stopped at the initiation of pregnancy does not affect the rate of miscarriage.