Your Guide To Doctors, Health Information, and Better Health!
Advanced Search
The following article was published in Your Health Magazine. Our mission is to empower people to live healthier.
By Yemi Adesanya-Famuyiwa, MD 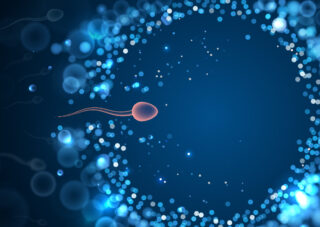 Studies have shown that smoking can lead to DNA damage in sperm. Such damage can reduce fertility and result in higher miscarriage rates. Smoking can also lead to erectile dysfunction.

Men who smoked more than 20 cigarettes per day can expect a 19% reduction in sperm concentration. Smoking is also associated with lower sperm volume and an increase in the number of morphological defects of the sperm cells.

Studies have shown that heavy alcohol use over a long-time can be associated with testicular atrophy. Alcoholism is also associated with liver dysfunction it can decrease the ability to metabolize estrogens. Heavy alcohol use also shows significant disturbances and sperm parameters with even occasional azoospermia [absence of sperm].

Having an unhealthy diet and a high BMI has been associated with reduced sperm quality. Use of illicit drugs as well as psychological stress further compound the abnormal parameters noted in some patients. The negative impact can be overcome by behavior modification.

Influenza may affect sperm quality and integrity of sperm DNA. Febrile episodes from a systemic illness may also reduce sperm concentration, morphology, and motility. Patients who have systemic lupus can have abnormal sperm development mainly due to the presence of anti-sperm antibodies.

Genetic causes of abnormal sperm count include Klinefelter’s syndrome. The presence of the cystic fibrosis gene mutation is also associated with abnormal semen parameters. Y chromosome microdilution can result in azoospermia or lack of sperm. Other causes include Noonan syndrome. Noonan syndrome presents with congenital problems and or kidney problems. Common findings include undescended testes.