Your Guide To Doctors, Health Information, and Better Health!
Advanced Search
The following article was published in Your Health Magazine. Our mission is to empower people to live healthier.
By Jeffrey L. Brown, DDS 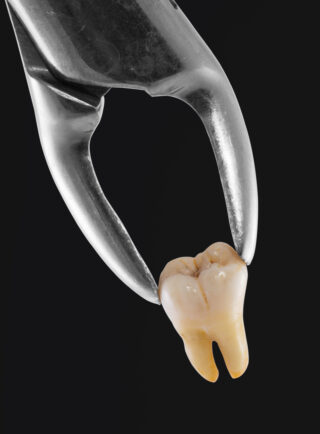 In the past, it was quite common for an orthodontist to order extractions of perfectly good teeth to make the process of doing braces easier. So many children are now presenting with narrow arches and crowded teeth that it made sense (somewhat) to remove the crowded teeth. But somewhere along the way a few practitioners noticed that the removal of the bicuspid teeth would often cause the upper and lower jaws to collapse backward, which would lead to a collapsing of the airway as well. They also rather astutely noticed that the palate would become smaller which made breathing more difficult as well. There are still many orthodontists today who would rather just pull the teeth to make the braces go easier, however, many more are learning that there just might be better techniques.

Of course, the good old fashioned RPE (Rapid Palatal Expander) might be a thought but even that has its’ issues. The RPE will often just open the palate rapidly and the midline suture might not form into solid bone- it might just be a cartilaginous suture which can move around over time. This would not be very effective. Another approach to getting some expansion is to use the ALF appliance as much as possible with the understanding that a few months with the RPE might be okay.

Another problem that is frequently seen among those dentists who look for it is that when you pull out bicuspids, the upper and lower jaws are no longer in the same position they were previously. This can change how the condyle (top of the jaw bone) fits into the socket and this can lead to a TMJ problem. When that condyle is re-positioned after extractions, it will no longer be in the same relationship to the disc that covers it, and now that disc can end up displaced over time. This is what can lead to head and neck pain. Therefore, so many of extraction patients end up with problems.

There are some practitioners who will use a palatal expander to re-open the extraction spaces to put in dental implants to ‘restore’ what was taken away. This is a controversial topic. As we get a bit older, the bones in skull do indeed become more solid and if you were to try expanding a lot- like the width of a bicuspid that had been removed- it might be too much for the body to handle. Does that make sense? It might be that the expansion is just too much ‘stretch’ and moving bones around which might lead to more pain. This is another reason why the more conservative practitioners would use the ALF appliance to get as much gentle expansion as possible while minimizing trauma to the facial bones.

So, in general, extractions for the sake of doing braces may not be the best idea. Be sure to evaluate your options with expansion rather than extractions. This will save trouble down the road.