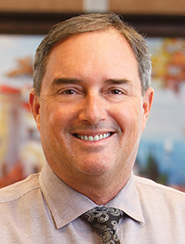 By Michael B. Rogers, DDS 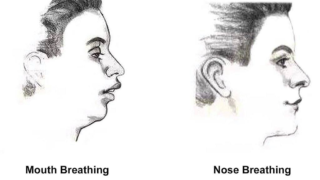 Entire books have been written about the negative effects mouth breathing has on our health. This article will help the reader understand just one of these negative effects: jaw growth and development.

When we breath through our mouth, whether because of nasal obstruction or out of habit, we are creating a situation which causes our upper jaw to become more narrow than normal. This is especially true if mouth breathing occurs during growth and development. As we grow, the tongue is supposed to act as a natural palate expander, counteracting the equal and opposite forces of the lips and cheeks pressing down and in. If the tongue is forced down so we can get air, which is our most immediate need, then the roof of the mouth still grows but in a distorted shape. It becomes narrower than genetically programmed and the palate grows higher than normal. This eventually becomes a self-perpetuating problem because the roof of the mouth is also the floor of the nose. So a high, narrow palate leaves less room in the nose for air to pass and eventually mouth breathing becomes the only way to get air to our lungs.

When the lower jaw sits further back, this can lead to jaw joint problems know as TMJD (temporo-mandibular joint dysfunction.) TMJD symptoms include clicking and popping of the jaws, headaches, neckaches, backaches, jaw pain, and forward head posture. Also, with the lower jaw further back, the tongue is forced into the throat making the airway smaller and often leading to sleep apnea later in life, an unhealthy condition where the patient stops breathing due to tongue obstruction during sleep.

Traditionally, dentists and orthodontists have just accepted the size of the upper jaw as-is and dealt with the consequences by extracting teeth. Physicians have dealt with sleep apnea caused by small palates by using CPAP (continuous positive airway pressure) machines to keep people breathing.

Fortunately, small narrow palates can be prevented if treated during the growing years with retainer-like devices to counteract the lip and cheek pressure. Small narrow palates in adults can also be treated with oral devices like the DNA appliance, which can encourage jaw growth even in fully grown adults. I can personally relate to this topic because I grew up breathing through my mouth due to severe allergies as a child. This led to orthodontic problems treated by extracting teeth, TMJ problems later in life, and eventually sleep apnea, which I have now managed to eliminate using the DNA appliance.