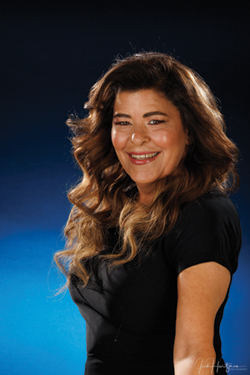 What Is Ormus?
By Eleni Moschonas
Bethesda Bodyworks
. https://bethesdabodyworks.com/ 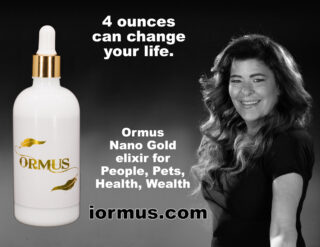 Ormus is a product of alchemy, which is the ancient chemistry that transmutes something “base” into something “fine” through an esoteric energetic process. Ormus is believed to be composed of “monatomic particles” that emerge from pure “potentiality” through an alchemically opened portal. It actually materializes when certain physical and non-physical conditions are present. It is collected or harvested rather than made or manufactured because it “shows up” as a result of the alchemical conditions present.

Ormus is reported by many to be an accelerant, an amplifier that opens gateways. It appears that Ormus assists in rejuvenation. Many report that Ormus improves brain functioning. Ormus supports the unfolding refinement of the pathways which access mental operating programs, beliefs and conditioning. People say, with Ormus, emotional imbalances needing work are brought to the surface with greater ease and speed than normal, hastening access to more refined natural mental abilities.

Some report that Ormus:

*These results are simply being reported by some people and in no way represent a guarantee, a likely outcome, or promise. All medical conditions should be evaluated by a medical doctor.

The Speciality Of Anu Alchemy Ormus

Anu Alchemy Ormus is collected in Navapashanam water by a loving community during full moons, solstices, equinoxes and/or eclipses. Navapashanam is made from many herbs and minerals. Stories about a “Fountain of Youth” sprang up from those who drank Navapashanam water, due to reported healing and magical occurrences.

Application of Ormus on plants produces noticeable improvements in growth, appearance, flavor, hardiness, root structure strength, and enhanced nutritional value. Many studies have been published about the benefits of Ormus in agriculture.

Ormus In the Ancient World?

It is impossible to know how many references to Ormus can be found in writings from the ancient world, because it was called by other names. For example, Cleopatra was known to have attributed her youthful beauty to her habit of bathing in a very special “milk,” which may have been a code word for “Ormus.”

In the same general region of Egypt, Ormus makes an appearance in the Old Testament when the wanderings of Moses and the Jews through Sinai are described. It is written that they were nourished by harvesting a miraculous substance, or “manna,” fallen from heaven – another possible reference to Ormus.

In countless ways, ancient people were far more knowledgeable and sophisticated than we have long assumed, however, as ever more information comes to light, we see that they were masters of technologies that we are only now beginning to understand.