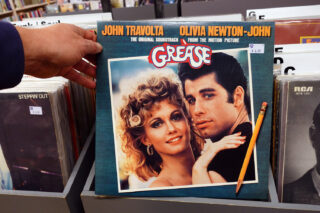 The 70’s and 80’s produced many wonderful iconic musicians and singers and Olivia Newton-John is certainly among them. The 4-time Grammy winner was born in England and grew up in Australia before becoming the big star we all remember.

Probably best known for her role with John Travolta in Grease, her many hits are being played today as they were then. That soundtrack remains one of the best-selling of all time. Streaming of her hits has jumped some 600% since her passing. She had many number one singles in the 70’s and several number one albums.

In 1992 she was preparing her latest album and tour when she was diagnosed with breast cancer forcing her to cancel the tour and focus on her treatment. She recovered and became an advocate for breast cancer research. She had always been an advocate and activist for many different causes and her cause became breast cancer. She battled breast cancer three times before succumbing at the age of 73.

She will be missed, but her legacy lives on in her music and film work. Her work as a breast cancer advocate raised millions of dollars for breast cancer research and to help breast cancer survivors. In 2008, she raised funds to help build the Olivia Newton-John Cancer and Wellness Centre in Melbourne, Australia.

What Are the Risk Factors for Breast Cancer?

Studies have shown that your risk for breast cancer is due to a combination of factors. The main factors that influence your risk include being a woman and getting older. Most breast cancers are found in women who are 50 years old or older.

Risk Factors You Can Change

Being physically active can help lower your risk of getting breast cancer.

Research suggests that other factors such as smoking, being exposed to chemicals that can cause cancer, and changes in other hormones due to night shift working also may increase breast cancer risk.

Who Is at High Risk for Breast Cancer?

Talk to your doctor about ways to reduce your risk, such as medicines that block or decrease estrogen in your body, or surgery.external icon