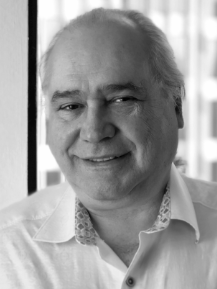 Why Dry January (and cold quitting) may not be for everyone
By John Mendelson, MD
Ria Health
. https://riahealth.com

Why Dry January (and cold quitting) may not be for everyone

The new year often comes with the best intentions. People make multiple resolutions — they promise to hit the gym more often or embark on a new dieting plan, and tell themselves that this year is going to be one of positive changes. One of the most visible initiatives is Dry January, an increasingly popular movement where participants stop drinking alcohol for the entire month.

Since its inception in 2013, Dry January has grown quite robustly. In 2022, 35% of people surveyed participated in the movement—the highest so far—and experienced some impressive outcomes. A study found that those who committed to Dry January actually lowered their alcohol consumption after the month was over, and experienced positive health benefits as a result.

While it’s clear that Dry January can be helpful for those who are looking to reduce their alcohol consumption—or may even want to quit completely—it’s not for everyone. As an abstinence-only movement, the approach has limitations and even potential harms, especially for those who are struggling most with alcohol misuse and alcohol use disorder (AUD).

Cold quitting can be harmful for heavy drinkers

Quitting alcohol completely, as is the case in Dry January, can have adverse effects for those who are struggling with severe alcohol misuse, often considered as having a chronic period of binge drinking (having 5 or more drinks in a period of 2 hours for men, 4 drinks over two hours for women) and heavy drinking (having 4+ drinks/day or 14+ drinks/week for men, 3+ drinks/day or 7+ drinks/week for women). Abrupt cessation can lead to a number of withdrawal effects including:

And a small number of people have even more severe—even fatal— reactions.

Even when non-life-threatening, these withdrawal symptoms can be very difficult to deal with, and can cause someone to relapse and start drinking again. As a result, someone who might have had the best intentions to quit may actually make their efforts to stop drinking worse by participating in an abstinence-only initiative like Dry January.

An abstinence-only approach isn’t for everyone

For a number of personal and social reasons, not everyone who struggles with alcohol use wants to stop drinking. Some people want to “relearn” to drink more moderately. From a clinical perspective, a harm reduction approach to treating those with AUD can work better than an abstinence-only method. Our research has found that 51% of people with alcohol use disorder or who have loved ones with AUD (from a survey of 150+) preferred an AUD treatment that sought to reduce their alcohol consumption rather than to completely stop it.

Many people who struggle with alcohol use want to change their relationship with alcohol. For them, a movement like Dry January can only add to social pressures and stigma these people may feel when seeking ways to improve themselves.

An abstinence-only goal can also be difficult to achieve — there’s a higher chance of failure if you make just one mistake, which can be discouraging. Ultimately, if we want to think about helping the most people, in the most effective way possible, we should be open to different models of success. Even with a moderate reduction in alcohol consumption, people do see some helpful health benefits.

Habits are best formed with a longer time frame

It’s clear that an initiative like Dry January has its benefits beyond the month-long period. But for people who are serious about changing their relationship with alcohol—or even those who are sober-curious—those habits are best built over a longer period of time.

This means working on ways to reduce and taper off drinking over time, even if abstinence is the end goal. For those who struggle with AUD or more severe alcohol misuse, seeking treatment that combines counseling with medication may be the best option. Evidence has shown that this combination often results in the best outcomes, helping people to curb their drinking and eventually stop.

Changing habits isn’t easy and it often takes longer than just a month, but it’s more likely to lead to success than trying to stick to no drinking for a month.

People struggling with alcohol have a lot of options

The best choice for anyone who wants to reduce or stop their drinking depends on their personal habits and patterns. If someone is struggling with more severe alcohol misuse, finding a way to taper off and make a permanent change can be helpful. For social drinkers or “gray area drinkers,” Dry January may provide insight as valuable as intentional moderation. The point is, Dry January isn’t the only way to shift one’s drinking, and being aware of all the options available can help people make more informed decisions.